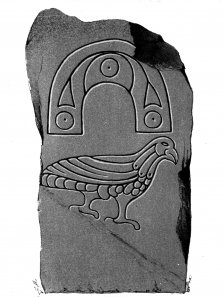 According to the legend, Eaglestone fetishes carved by Native Americans are spiritual protection of Napa Valley.

Eaglestone wine is a tribute to to the Native Americans tribes, and modern wineries of Napa Valley producing one of the best cabernet sauvignon in the world.

What does Eaglestone mean?

The Bald Eagle has been the national emblem of the United States since 1782 and a spiritual symbol for native people for far longer than that.

These regal birds aren’t really bald, but their white-feathered heads gleam in contrast to their chocolate-brown body and wings. Look for them soaring in solitude, chasing other birds for their food, or gathering by the hundreds in winter. Once endangered by hunting and pesticides, Bald Eagles have flourished under protection.

Among the Pueblo tribes, eagles are considered one of the six

directional guardians, associated with the upward direction, spirituality, and balance. The Zunis carve stone eagle fetishes for protection, ascribing to them both healing and hunting powers, and the Eagle Dance is one of the most important traditional dances held by the Hopi and other Pueblo tribes. In the mythology of some tribes, Eagle plays a leadership role (either as king of the birds, or as a chief who humans interact with.) In other legends, Eagle serves as a messenger between humans and the Creator. The golden eagle, also known as the “war eagle,” is particularly associated with warriors and courage in battle, and it is golden eagle feathers that were earned by Plains Indian men as war honors and worn in their feather headdresses. (In some tribes, this practice continues to this day, and eagle feathers are still given to soldiers returning from war or people who have achieved a great accomplishment.) In some Northwest Coast tribes, the floor used to be dusted with eagle down at potlatches and other ceremonies as a symbol of peace and hospitality.

Because eagles are considered such a powerful medicine animal, the hunting or killing of eagles was restricted by many taboos.

Eating eagle meat was forbidden in many tribes; in some legends, a person who eats eagle meat is transformed into a monster. In some Plains Indian tribes, feathers were required to be plucked from a live eagle so as to avoid killing them (to accomplish this, eagles were trapped in a net and released.) In Southeastern tribes, only men with special eagle medicine, known as Eagle-Killers were permitted to kill eagles. In the Cherokee tribe, even Eagle-Killers were only permitted to kill eagles during wintertime.

Eagles are also one of the most widespread clan animals used by Native American cultures. Tribes with Eagle Clans include the Chippewa (whose Bald Eagle Clan and its totem are called Migizi, while the Golden Eagle Clan is called Giniw), the Hopi (whose Eagle Clan is called Kwaangyam or Qua-wungwa), the Zuni (whose Eagle Clan name is K’yak’yali-kwe) and other Pueblo tribes of New Mexico, Plains tribes like the Caddo and Osage, and Northwest Coast tribes like the Haida, Kwakiutl, Tsimshian, and Tlingit. Eagle was an important clan crest on the Northwest Coast, and eagle designs can often be found carved on totem poles, ceremonial staffs, and other traditional Northwestern art. And many eastern tribes, such as the Cherokee, have an Eagle Dance among their tribal dance traditions